A Plague Tale: Innocence revolves around two siblings and shows their bond through impressive story-driven gameplay. On the surface, the game might seem adorable with lots of family drama that shows the love that siblings share for each other. That’s not the case, the plot of this game is gruesome that is shadowed by the love of siblings. The relation of Hugo and Amicia serves as the beacon of hope the dark rat swarming world. The game is published by Focus Home Interactive and developed by Asobo Studio.

The player will play as Amicia, the central character of the story. A Plague Tale: Innocence takes place in a linear fashion so there are not many choices for you to make. During the game, Amicia will always hold the hand of her brother (Hugo). You will have a choice to leave your brother to perform a task but not for a long time. If Hugo spends longer time along then he will start screaming due to fear. If that happens then soldiers would be attracted to you. You can also use Hugo to perform different tasks which are impossible for Amicia to do on her own. Further, in the game, other characters would also help you in your tasks. At the beginning of A Plague Tale: Innocence the two siblings do not have a strong relationship. Hugo is always sick due to some unknown disease. He spends most of his time in isolation because of it. However, when the soldiers of inquisition show up at their estate, they kill their parents. Amicia assumes the role of protector. After they escape their family state their relation slowly starts to develop. A Plague Tale: Innocence focuses on the emotional story narration to show the depth of this grotesque world.

Throughout A Plague Tale: Innocence, Armicia serves as the protector of Hugo. The people you encounter in the mission without a cut scene are enemies. So anyone you see during the journey is your enemy. Inquisition is after Hugo and Armicia have to protect him at all cost. Each scene adds emotion to the game. The sickness of Hugo plays an important part in the plot. His sickness influences the entire plot of the game. I won’t give you details about the plot because the game is all about the story. I don’t want to present you with the spoilers.

The gameplay mechanics of the game are pretty simple. There is not much combat involved in the game as most of the game is based on stealth.

Rats are an important part of A Plague Tale: Innocence. They play an important part in the entire plot. In fact, rats are related to all the struggles that siblings face during their journey. Light is the only defense you have against rats. Armicia can make her own light through fire to keep the rats away. Every enemy that you encounter will also use light to keep rats away. You can take out their light and let the rats do hard work for you. You will encounter swarms of rats that surround you from all sides. The rats are only part of the game in the Night-time. 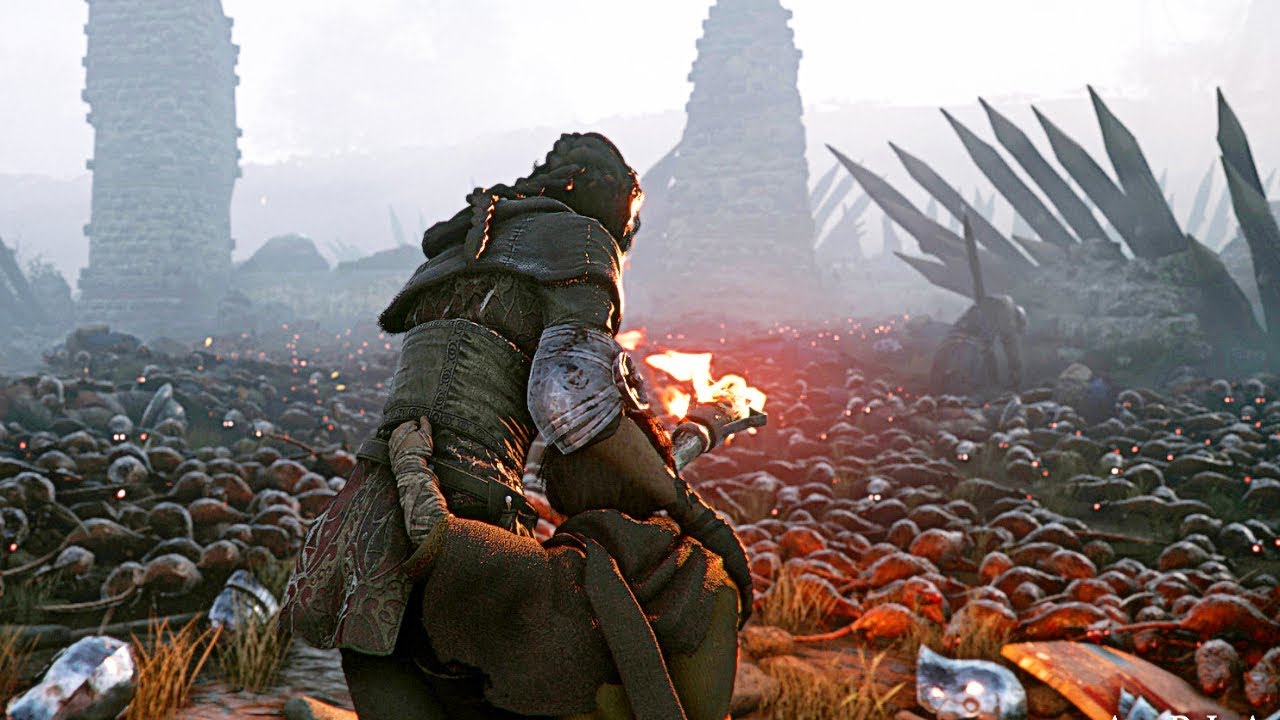 The weapon at your disposal only includes a sling that can take down enemies though headshot.  Using the sling is risky because it makes a sound while swinging. Sling also takes time to prepare so it takes some time for you to take a shot. If the enemy is wearing hamlet you will first need to remove that with a special concoction. After removing their hamlets they can be easily neutralized. Stealth take outs also exist but they are available later in the game. Unlocking alchemy skills will allow you to use other abilities along the way. 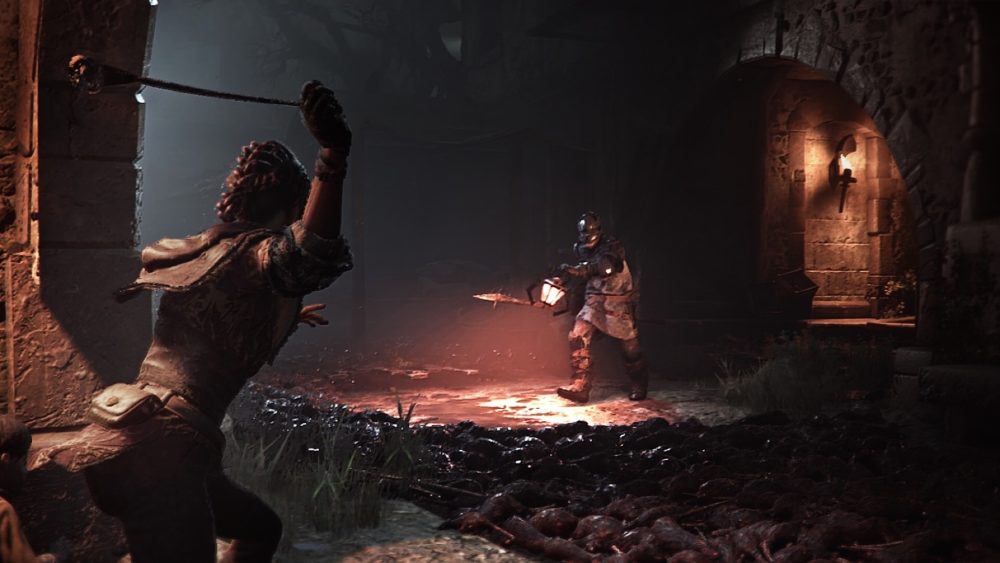 The material used for crafting can be found throughout the world. The resources available for crafting are abundant in all the chapters. Crafting is not time-consuming which is different than some recent titles. The dialogues of the game are well written which adds extra realism to the game. You will establish an emotional relationship with the characters of the game. 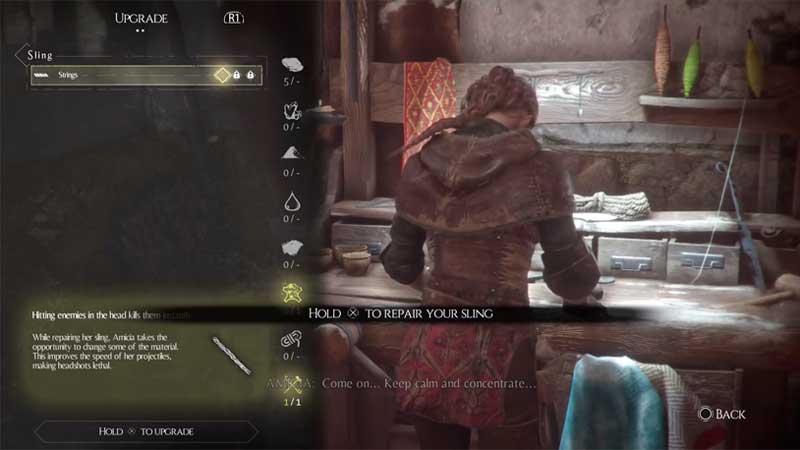 Is It Your Type of Game?

A Plague Tale: Innocence is suitable for people who want a good story. The dialogues and acting will give you the feeling of watching a movie. The narration of the game creates a clear relation between players and characters. The game is about stealth so if you are an all-out gamer than it might not be for you. Don’t expect the hand to hand combat and sword fighting from the game. If you are the players that like combat then it might not be for you. You can play Rage 2 for ultimate combat experience. The game has amazing acting and story making it perfect for the gamers who like a good story.

2 thoughts on “A Plague Tale: Innocence is Story-Driven Game With Lots of Emotional Moments”