Online gaming has come a long way since it emerged in the late 2000s, becoming a staple in the video game industry. Today, developers focus on innovative gameplays and immersive experiences, to provide new opportunities to gamers and casual players all around the world.

Currently one of the hottest trends in the online world, blockchains have already reached the video game industry, as crypto games are paving the way for a completely new, unique way of playing video games. With interactive experiences and gameplays that reward players’ effort and creativity, blockchain games are also introducing decentralized environments, in which players can control every aspect of the gaming experience, including content monetization and governance decisions.

Blockchains were created in the late 2000s to solve the double-spending problem for peer-to-peer digital currencies and to serve as their public ledgers. A blockchain contains a sequence of records called blocks, each with data from previous blocks, cryptographic hashes, and timestamps that make it virtually unhackable.

Since blockchains consist of decentralized structures, developers and publishers became able to provide players with total control over anything related to the game, from creation rights to play-to-earn features. Through content monetization and cross-game interoperability, gamers are finally being rewarded for the time and effort invested into gaming. 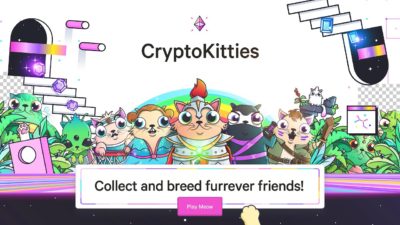 One of the many tools that are helping blockchains and cryptos reach new heights, non-fungible tokens, or NFTs, also have a big role in the popularization of blockchain games. As smart contracts on a blockchain, representing unique digital items, NFTs provide proof of ownership of every content created within these games, allowing players to earn money and profit from the gaming experience.

The first game to make use of blockchain technologies and non-fungible tokens was CryptoKitties, developed by Dapper Labs and launched in 2017. In this game, players would collect and breed virtual cats, and it instantly attracted hundreds of thousands of players, with some cats being sold for more than $100,000.

As blockchain technologies kept improving and the players’ demand for new crypto games increased, several games were developed with different gameplays and mechanics. According to Dapp Radar, the following titles are some of the most popular blockchain games in 2021.

CryptoBlades is a role-playing game developed by Riveted Games and released in May 2021 on the Binance Smart Chain. In it, players acquire powerful heroes and legendary blades to battle monsters in different quests, craft unique weapons, participate in raids, and trade their items in the game’s decentralized marketplace.

Currently, the most popular blockchain game, accounting for almost 700,000 users in July, CryptoBlades generated more than $100 million in income, with players being greatly rewarded depending on their skill and consistency. Transactions are made using SKILL, the game’s utility token.

Developed and published by Animoca Brands, The Sandbox is an interactive adventure game based on the Ethereum blockchain. Featuring a decentralized, revolving metaverse, the game allows players to create and build virtual worlds and adventures, design items and scenery objects, and trade these assets in its marketplace.

Using The Sandbox’s own cryptocurrency called SAND, gamers can buy items and LANDs, the game’s building lots, and also for visiting other players’ worlds and join their adventures. In July, the game generated almost $1 million in income.

Axie Infinity is a Pokémon-inspired adventure game in which players can collect and raise creatures called Axies, engage in battles, and build worlds for their Axies. Gamers need at least three Axies to start playing, and they can be purchased in the official marketplace, along with lands to build worlds, and items to breed and increase their attributes.

The game is still in the early access stage, but already generated almost $1 billion in income, with more than 200,000 active users in July.

Splinterlands is a multiplayer card game built on the Hive blockchain, with collectible-card gameplay similar to Hearthstone. Players can summon warriors and monsters through collectible cards and battle in different game modes. Even though the game is free to play, to get access to better cards and real-money rewards, players must buy a special item for $10 in the game’s currency.