The Division 2 PVE build should be the one with high damage and it could be used in all scenarios. A good all PVE build should be a build with survivability, weapon damage, and skill damage. The only type of builds that has all these attributes are hybrid builds. What if there is a hybrid build with up to 470K AR damage, 163k turret damage, and 102k striker drone damage. This hybrid DPS skill build is one of the best builds in the game. If you like DPS builds then this build got you covered and if you like skill build, it still got you covered. Depending on how you tweak the build you can increase the weapon or skill damage even more.

The Pieces You Need For Hybrid DPS Skill Build

You need three pieces Hana-U Corporation brand set to get everything that the gear set has to offer. Along with Hana-U Corporation, you need one piece of Wyvern Wear for the skill damage. You will also need a Grupo Sombra S.A. because it has 15% critical hit damage. The last piece you need is the Coyote Mask. Every piece of this build is important since they work hand in hand to increase damage. Hybrid DPS Skill Damage build is one of the best The Division 2 PVE build due to its versatility. 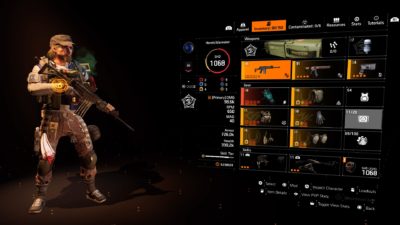 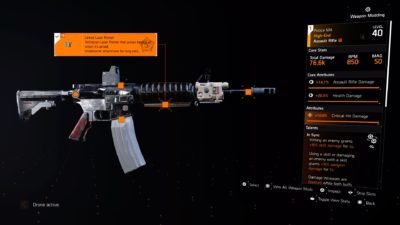 Talents play an important part in any build and this build is no different. Both the skill damage and weapon damage of this hybrid build are dependent on talents. You have to use Combined Arm on the chest piece and Spotter on your backpack. Using Spotter will increases both your weapon and skill damage. On weapons, you need to use In-Sync because it gives you both skill damage and weapon damage. Every talent on this build will work together to increase the overall damage.

Combined Arms is a talent for skill damage and it can only be found on backpacks. With this talent, shooting an enemy increases skill damage by 25% for 3 seconds. It means that every time you shoot an enemy your skill damage will increase by 25%. Using Perfect Combined Arms would give you 30% skill damage for 3 seconds. The Perfect Combine Arm can only be found on a named Hana-U Corporation backpack called Force Multiplayer. Using Force Multiplier is a better option and you can easily find it with Hana-U Corporation loot allocation.

You might be thinking why not use Spark talent because it is a hybrid build? Well, Spark only gives you 15% weapon damage and your weapon damage will depend on skills. That’s not the case with Spotter, not only does it give you 15% weapon damage but skill damage as well. Your weapons won’t depend on skills for extra damage. All you have to do is pulse enemies with your weapon using Linked Laser Pointer from Technician Specialization. All the enemies you pulse will take 15% extra damage from both weapons and skills. Spotter is an important talent for The Division 2 PVE build for the amplification of damage. 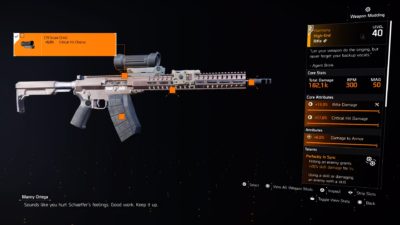 How to Make it?

Role critical hit chance and skill damage on every piece after that start rolling critical hit damage on the remaining pieces. Depending on the amount of skill and critical hit damage you use in the build, your skills or weapons could do more damage. Don’t use any skill haste attribute on a gear piece because you will be using a striker drone, and turret .

The hybrid DPS skill damage build is one of the best builds in the game. Not only does it offer a lot of skill damage but weapon damage as well. Turret and Striker Drone will distract most of the enemies. It is the reason that this build offers more survivability. With Spotter and Combined Arms, you get the damage of DPS a build and skill damage of a skill build in a hybrid build. The goal of the build is to free weapon damage from being dependent on skills. It doesn’t matter if you are playing legendry, heroic, open-world activities, or solo this build will do the job. The Division 2 PVE build is a Hybrid DPS skill damage build due to the extreme versatility that it offers.