Using The Division 2 skill build is a good choice since skill builds are ruling in the title update 12.1. Skill builds are useful in all types of PVE scenarios other than Raids. Skills can even work in PVE depending on what your teammates and opponents are using. You can equip skills with any build but their damage is massively dependent on the pieces you use. A good skill build will give you a large amount of damage without putting you in danger. Turret & Drone build works exactly like that. It enables you to do a large amount of damage even if you are not using a weapon.

The Division 2 skill build enables you to do a large amount of damage without forcing you to peek over covers. Talents on this build can be activated through either weapon or skills depending on the talents you are using. At max stack, your Drone and Turret can do combined damage of up to 6.5k for each shot. If you are looking for a skill build then it’s the way to go. The build will help you breeze through Legendary missions as if you are playing them on challenging difficulty. Your weapon damage won’t be that high. Since the build is focused on skills, your primary source of damage will be Assault Turret and Striker Drone. 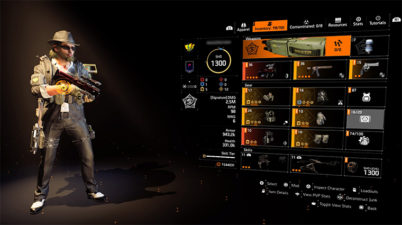 You would need 3 pieces of Empress International, 1 piece of Wyvern Wear, a Waveform Exotic holster, and a gear piece with blue or red core. Since you will be using Technician specialization you will get an extra skill tier leaving you with the choice of using a blue or a red core. 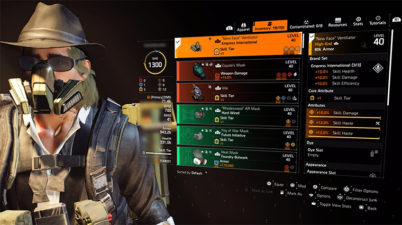 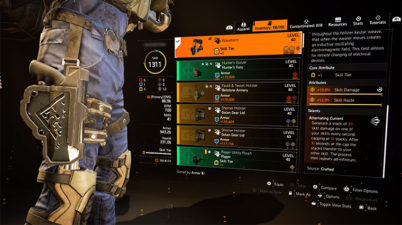 A Gear Piece with Red or Blue Core

You would need one blue or red core on your build. Since you will be using technician specialization it will give you one skill tier leaving you with the choice of using an Armor or Weapon Damage core. If you want to do extra damage with your weapon then use a weapon damage core. In case you want more protection, then use an armor core.

You would need Kinetic Momentum talent on your chest piece and Tech Support or Combined Arms on your bag pack. Waveform exotic holster will have the Alternating current talents which will increase The Division 2 skill build damage output even more.

Kinetic Momentum is a good talent that can increase the damage of each skill by 15%. When you get into combat each skill will start generating a stack if they are not on cool down. Each skill generates 1 stack per second while each stack gives you 1% skill damage and repair skills. Stacks can go up to 15 and will remain 15 until the skill is back on cool down. Kinetic Momentum will give you 15% skill damage to both Turret and Drone of The Division 2 skill build. 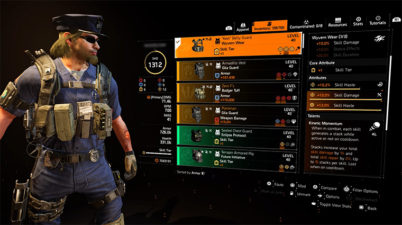 Tech Support is a talent that can free the reliance of skills on weapons. Skills can activate Tech Support talent and you don’t need weapons to activate it. After killing an enemy with skill, your skill damage will increase by 25% for 20 seconds. The downside of this talent is that it can only be activated after a kill has been made with skill.

Combined Arms is a talent that can also increase your skill damage by 25% but only for 3 seconds. Each time you shoot an enemy with a weapon, your skill damage will increase by 25% for 3 seconds. The perfect combined arms can increase your damage by 30%. It can only be found on Force Multiplier which is a named Hana U Corporation bag pack. If you are not using Waveform Holster then it might be a better option. 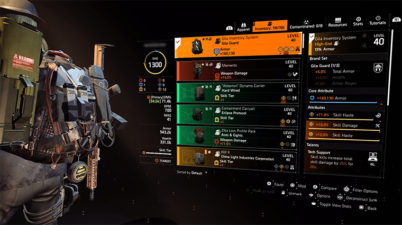 Alternating Current is a talent on Waveform Holster and it works somewhat similar to Kinetic Momentum. It generates 3% skill damage on one of your skills every second until it reaches the maximum stack of 10. It will remain at 10 stacks for 10 seconds and after that, the stacks will start shifting to another skill. The process will keep on repeating between the two skills indefinitely.

Capacitor is an exotic weapon and a weapon of choice for any The Division 2 skill build. It can increase your skill damage up to 60%. Capacitor also gets 7.5% skill damage for every skill tier. At tier 6 its damage will increase by 45% so this weapon is not just for show. If you don’t have a capacitor then equip any weapon that has In Sync talent.

You can equip any weapon with skill damage talent as your secondary weapon. Harmony would work best since it has perfectly In Sync which can increase your weapon and skill damage by 40%. You can also equip a Test Subject named AR that also comes with perfectly In-Sync.

Capacitor comes with Capacitance talent. Each shot you land on enemies will build a stack and the max stacks of the weapon are 40. Each stack will give 1.5% skill damage that lasts for 5 seconds. You will start losing one stack per second if you stop landing shots on enemies after 5 seconds. At max stacks, you will have 60% extra damage.

Equip Striker Drone and Assault Turret as two of your skill. The talents on this build work best with Striker Drone and Assault Turret so use these two for maximum efficiency. Not only will the Turret and drone do a large amount of damage to enemies but they will also grab enemies’ attention. You can even use it as a solo build due to the distraction and damage that it offers.

Base Damage of Assault Turret and Striker Drone 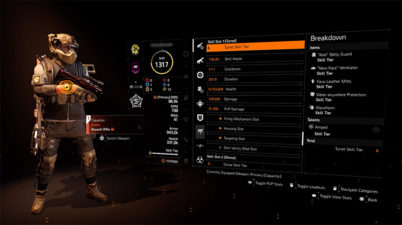 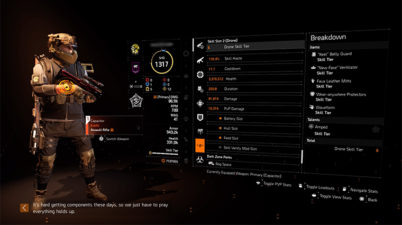 How to Make The Division 2 Turret & Drone Build?

You would need 3 pieces of Empress International, a piece of Wyvern Wear, a Waveform holster, and a piece with blue or red core. Use skill haste modes on all mode slots to reduce the cool downtime of your skills. Use Capacitator and any other weapon with In Sync or Perfectly In Sync talent to increase skill damage. Talents at max stack can give you 120% extra skill damage to Turret & Drone build. The combined damage of all sub-attribute from the build is 90%. It means that at max stacks Turret & Drone build can offer up to 210% extra skill damage to tier 6 skills. The Division 2 skill build will massively increase the amount of skill damage you do.

Buy Games From Our Affiliate Links