The Division 2 support build is good in the sense that it not only heals players but increases their damage as well. Support build with healing, unlimited seekers and damage support sound good right? That’s exactly how the Unlimited Seeker Mine build works. It not only increases everyone’s damage but also heals everyone in the team. The build enables you to throw seeker mines after every 10 seconds. It makes you a healer and explosive expert for the good of everyone. All six pieces of the build are important. Every piece of The Division 2 support build works in synergy for maximum efficiency. With the unlimited seeker mine build, you won’t have much weapon damage but you will have high skill damage and repair skill.

You need 4 Pieces of Hardwire for this build. Hardwire is a green gear set so you have to use 4 of them to activate all its talents. You would also need a China Light Industries chest piece for 15% explosive damage. The exotic piece on the build is BTSU Data Gloves. Unlike healer build, The Division 2 support build is not just about supporting your allies as it also gives you the ability to do a large amount of damage. 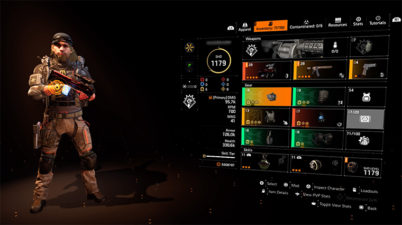 China Light Industries will give you 15% explosive damage. You can use Wyvern Wear but it will only give you 10% skill damage which is less than 15% explosive damage. You can only use China Light Industries with Overwatch talent as a chest piece. Since you will have BTSU gloves and Hardwire gear set equipped, a chest is the only option for you. The Overwatch talent will not only increase your damage but your allies’ damage as well. 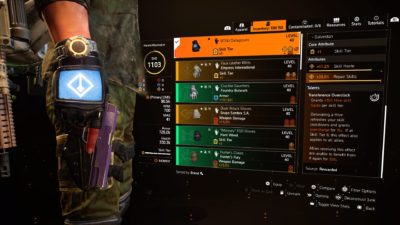 The Division 2 support build has four different talents that make it more efficient. Hardwire gear set gives it two different talents. Feedback Loop talent comes from the use of 4 Hardwire Gear pieces. The bag pack has short circuit talent that makes the feedback loop more efficient. On the chest, you will have Overwatch talent and on the BTSU gloves, you will have Transference Overclock talent.

Feedback Loop is the talent that makes it the Unlimited Seeker Mine build. With this talent every time you use or cancel a skill then it will reduce the cooldown time of the other skill by 30 seconds. The cooldown for the Feedback Loop talent is 20 seconds. So every time you put your hive down it will reduce your seeker mine cooldown time by 30 seconds. At the same time, the talent will increase skill damage and skill repair by 10% for 10 seconds. 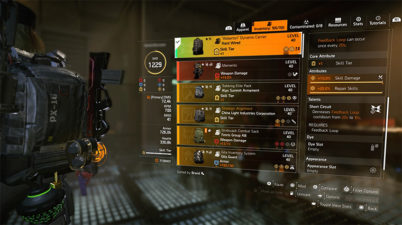 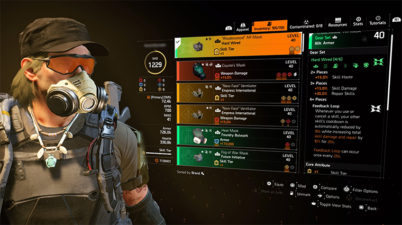 Short Circuit will reduce the cooldown time of Feedback Loop talent from 20 seconds to 10 seconds. This is the talent that also makes The Division 2 support build an Unlimited Seeker mine build as well. You can throw seeker mine after every 10 seconds. All you have to do is use hive and it will resent your seeker mine. After that, pick up the hive again and repeat. The skill damage and skill repair buff will also be active all the time due to the 10 seconds cooldown time. You might be throwing so many seeker mines that you won’t even have time to shoot.

Overwatch is a talent that benefits not only you but everyone on the team as well. This talent increases the damage output of everyone on the team. When you stay in cover for 10 seconds then it will increase the skill damage and weapon damage of you and your teammates by 12%. The 12% might not sound much but it is worth it because it applies to everyone in your team not just. It doesn’t really matter what type of build your allies are using their damage will increase. The talent will remain active as long as you stay in cover or move from cover to cover. Overwatch will help everyone making Unlimited Seeker mine The Division 2 support build as well. 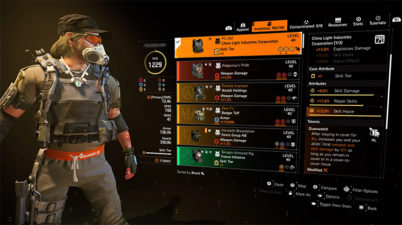 This talent will give you 15% skill haste for every skill tier. It means that the gloves alone would give you 60% hive skill haste at tier 6. Combine that with 15% skill haste from Hardwire and skill haste sub-attribute from BTSU gloves, you will be getting up 87% skill hate for the hive. It massively increases the skill haste of the hive. If you destroy the hive then it will resent the skills that you have on cooldown and provide overcharge for 15 seconds. This overcharged is also applies to allies if your skill tier is 6 which will be tier 6 with The Division 2 support build. You can only give overcharge to allies once every 120 seconds.

You can use any specialization but for maximum efficiency, Demolitionist works best due to the perks that it provides. Demolitionist specialization will give you 15% explosive damage and 5% damage to target out of cover to your allies. These two factors make it a good match for The Division 2 support build.

Weapons are not that important for this build because your damage would be coming from seeker mine. However, if you want to shoot whenever you have the chance then use Capacitor as it can increase your skill damage by 60% at max stacks. You can also use any weapon with In Sync or any talent that gives you skill damage.

How To Make The Division 2 Support Build?

If you make this build correctly then each seeker mine can do up to 5 million damage. It means that if all seekers hit the targets the total damage of each seeker throw can be 40 to 50 million. The Unlimited seeker mine build can be used in all types of missions in the game.

Buy Looter Shooters From Our Affiliate Links to Support The Site