Warlocks can do a lot of void damage with the right equipment which is exactly what the Destiny 2 Void Warlock build enables players to do. It increases the amount of damage you do as a Warlock and reduces the cooldown of abilities to a great degree. In fact, you can use super in each encounter with this build. Supers will start to feel like grenades and grandees would feel like normal ammo. This is how much impact this build can have on the void abilities of players. The Void Walker build requires void damage, so the more you kill with void damage, the less is a cooldown on abilities. With the amount of destruction, you will be unleashing through the Destiny 2 Void Walker build, there would be more than enough kills.

To make the Void Walker build you would need Nezarec’s Sin exotic mask which is the main component of the build. You would need stasis energy on the gloves to fit grenade Kickstart mods on them. The rest of the build can be made out of any type of equipment. As long as mods on armor pieces are reducing cool down or help you survive, you can use any energy on armor pieces. You can use the bombardier mod on warlock bond to decrease cool or any other mod depending on your preference of an ability. 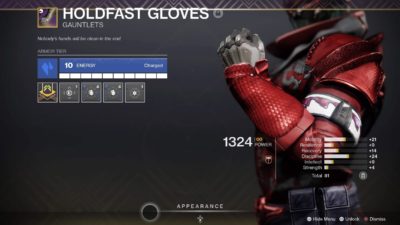 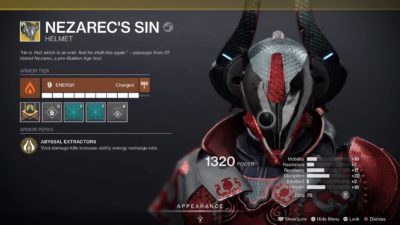 Kickstart grenades are part of gloves so that much is clear. Each mod on the build will either reduce the cool-down of abilities or make them more efficient.

You can use hands-on mods to gain class energy each time you kill enemies with melee. If you want to use another mod then use Ashes of Assets or Dynamo depending on the energy type of your helmet.

Use two grenade kickstart mods as it will help a lot in reducing the cooldown of your grenades.

Since there are no mods on armor that can directly impact your abilities you can use any energy type on armor pieces. It can impact your charge with light slots but that’s not an issue for the Destiny 2 Void Warlock build since every mod on that slot is universal. 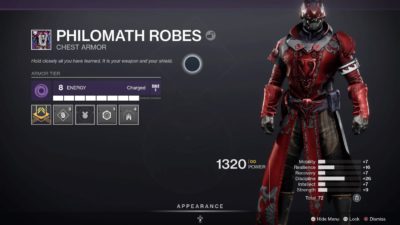 On your leg armor, one of the mods should be Absolution. It will reduce all ability cooldown each time you pick an orb of power. You can use any other mod depending on the energy of the piece and the ability you want to focus on. Orbs of Restoration is a good mod for leg armor because it will help in recharging all of your abilities. Orbs of Restoration will give a small amount of energy to the ability with the least energy. 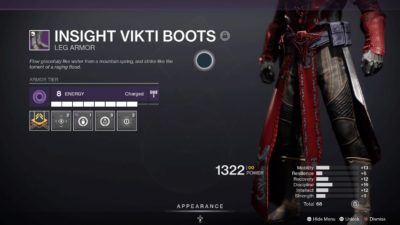 You can use any mode depending on the energy type of your class item (Warlock Bond). Use the mod that reduces the cool down of your abilities even further. One of your mods should be Distribution as it is a universal mod. It will reduce the cooldown of all of your abilities whenever you use class ability near enemies. I use bombardier as the second mod on Destiny 2 Void Warlock build because it helps me in reducing the grenade cool down. 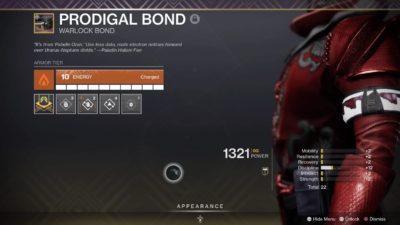 You will be dropping elemental wells with one type of mods and picking these modes will increase recharge rate and weapon damage with other types of mods. These mods are universal so they are not dependent on any energy type. You don’t have to use all of these mods with Destiny 2 Void Warlock build if you don’t have enough energy.

Elemental Armaments will help you get more elemental well. Each time you kill an enemy with weapon energy matching your subclass, it will drop elemental well. Since void damage is the main focus, your enemies will be dropping a lot of elemental wells. 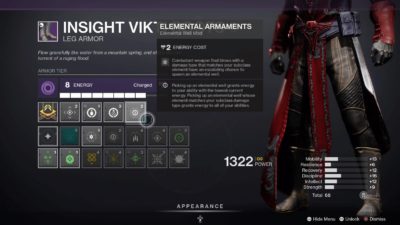 Defeating enemies with super will spawn an elemental wall that will match your subclass enemy. 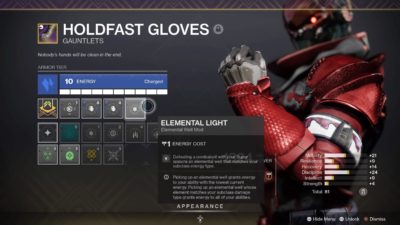 When you defeat enemies with grenades then they will spawn elemental wall matching your subclass, 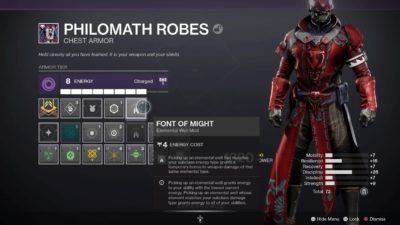 Each time you pick up an elemental well matching your subclass energy it will temporarily increase your intellect. It helps in increasing your super recharge rate to a great degree. Font of Wisdom will also increase the recharge rate of your other abilities. 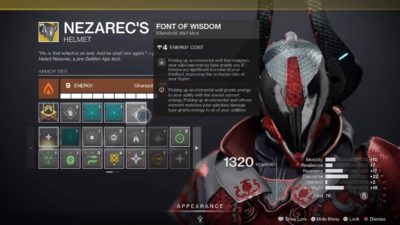 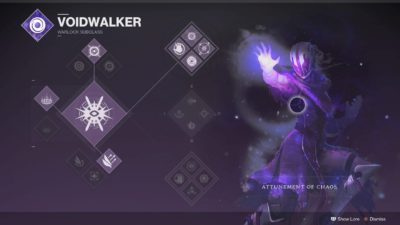 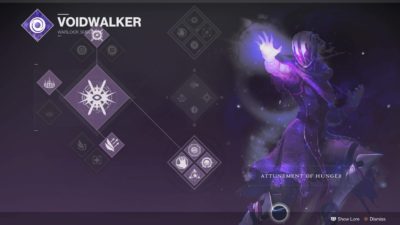 You can use any weapons with this build but weapons with void energy can make the Destiny 2 Void Warlock build more effective. There is no damage type for kinetic weapons but the Osmosis trait can allow you to match the energy with your sub-class. All you have to do is use a grenade and the energy of the weapon will match with your subclass. As long as you are killing enemies with void damage your cool-down will keep on reducing. 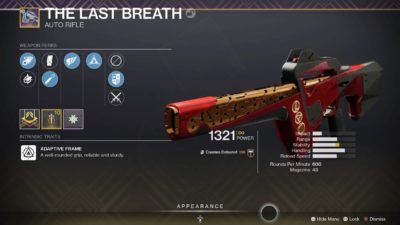 Destiny 2 Void Warlock build is the mix of different stats to make it as effective as possible. Since the majority of your cool-down time reduction will be coming from Nezarec’s Sin mask, making all abilities tier 5 is more than enough. If you want to focus on increasing specific ability then increase the tier of that ability. I use a lot of grenades so my grenade ability is maxed out. If you are using class ability then increase recovery. Melee is not that important for the Destiny 2 Void Walker build but if you want to increase it then increasing its stats is also a choice.

If you want to use super after every minute then increase intellect. Yes! It is possible because with enough void kills you can reset your super in a minute. Killing multiple enemies with super with high intellect tier can make super a common ability. You will be producing a large amount of super energy. Since void super of Warlock is a big grenade it would really start to feel like a grenade.

You can also focus on increasing your speed and jump height by focusing on mobility. In case, you want to focus on survivability then focus on resilience. Keep in mind, that mobility and resilience will not have any impact on any of the Warlock’s abilities. 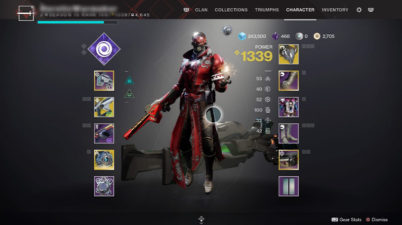 To make the Void Walker build, you would need all the pieces mentioned above. After that, use the mods to increase the effectiveness of its abilities. Elemental well will make it even better. With Void energy weapons and the Osmosis trait on the kinetic weapon, all of your damage will be void damage. Multiple sources of void damage will decrease cool-down on all of your abilities making you quite powerful. If you are fighting against champions then you can change Kickstart modes with the mods that can help you in such missions. With that, your Destiny 2 Void Warlock build is complete.