Horizon Zero Dawn is one of the best PlayStation games that was initially released as the PlayStation exclusive. The game is also available on PC but it remains one of the top 5 PS4 games. It is an action-adventure role-playing game in which you take control of Alloy in a world overrun by huge machines. Horizon Zero Dawn has a good setting with the unique idea of a world full of big animalistic machines. As Alloy venture into the world of the game, she comes across secrets long forgotten. She will reveal the mastery behind machines and other secrets that could destroy the world.

The game has a high stake story though it does not have a story-driven narrative. The role-playing mechanics also does not have an impact on the narrative. It is not a complete RPG game but rather presents an illusion of an RPG game so don’t come at it as an RPG. The combat of Horizon Zero Dawn is great and fighting machines provide a different kind of experience. The mystery of the world and the gameplay mechanics of Horizon Zero Dawn make it one of the top 5 PS4 games. 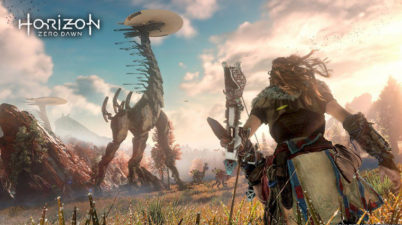 God of War was a massive hit upon release and it was also Game of the year 2018. It has amazing narrative and gameplay making it one of the top 5 PS4 games. God of War 2018 is the continuation of the long-running God of War series. The game follows the story of Kratos as a father to his son Atreus. He is not the angry God that we have known him to be. Kratos is living a quiet life with his family until his wife dies. He is attacked by creatures and then a Norse God which begins the story of the game. They are after Atreus and Kratos protects him at all costs. In this new God of War game, Kratos has to fight the Gods of Norse mythology.

The combat of the game is amazing with some of the best combinations of moves. God of War 2018 has combat that combines hack & slash with generic melee combat to provide a better experience. There are no cuts in the game and the entire game is a single continuous shot. Sure there are loading screens but they will only appear during fast travel or while loading into the game. The flow of the game will remain throughout the playthrough. The game has an over-the-shoulder free camera which is different than previous games in the series. Relation between Kratos and Atreus is the main focus of God of War making it an amazing experience. God of War 2018 is not an open-world game but rather multi-regional where each region offers an explorable area. 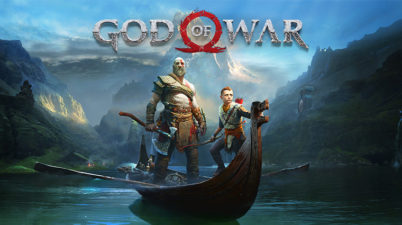 If you are looking for a game with amazing combat and views then Ghost of Tsushima could be the best match for you. The game follows the story of Jin Sakai during the invasion of Mongols on the Tsushima Island. The island has been conquered and Jin is doing all he can to liberate the island from the invaders. He is willing to go as far as leaving the way of Samurai to free his homeland from the invaders. It is the story of Ronin who uses everything he has to destroy his foes. Players would see him completely embracing the identity of the Ghost to take his enemies down. Ghost of Tsushima does not have a deep story but there are lots of emotional moments in it.

Combat is the star of the show with some of the most amazing combat sequences. Stand-offs are something unique to the game that tries to get players as close to real-life Samurai duel as possible. Players can use bows, kunai knives, grappling hooks, smoke bombs, explosives, poison, and other such moves to take down enemies. Silent takedowns and chain assassinations make enemy interaction all the better. There are some memorable side characters in the game that are more than just a means to an end. The complete version of the game is called Ghost of Tsushima Director’s Cut. The Director’s Cut is available on both PlayStation 4 and PlayStation 5. It includes both the base game and the Iki Island expansion. Ghost of Tsushima is an open-world game so players can roam around on the map. 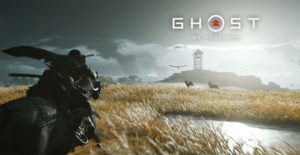 The first game that showed the true caliber of the PlayStation 4 was Uncharted 4: A Thief’s End making it one of the top 10 PS4 games. It is an action-adventure game and the fourth main installment of the Uncharted series. The game continues to follow the story of Nathan Drake, a treasure hunter. He is now married and lives a quiet retired life but events force him to get back into the business. As the name suggests, it takes players to the locations that previously remain unexplored. The narration, dialogues, cinematography, and action sequences are some of the best that video games have to offer.

Action sequences are amazing immersive with some of the best moments one could experience in a video game. The game feels more like an interactive movie through its narration and the way it looks. The chase sequences keep players on edge. Uncharted 4: A Thief’s End plot and narration work well with each other. The narration and story go hand in hand which provides an amazing experience. Dialogues of the characters and the way they handle situations make it all the better. Uncharted 4: A Thief’s End is also considered to be one of the best games of all time.

The Last of Us was one of the best video games on the PlayStation 3, 4 and The Last of Us Part II is a continuation of that journey. It has a story-driven narrative that provides an amazing emotional experience. It is a survival horror game with a different take on a post-apocalyptic world. The Last of Us Part II shows the perspective of good and bad from two different sides. Such a narrative blurs the line between good and bad. Players would see that characters are not always good as there are two sides to every decision. This leads to some dreadful story choices that could also make you want to give up on the game. Tragedies and emotional sequences are a big part of the game and are its main propellers.

The Last of Us Part II has good combat that gives players different opportunities to take enemies down. Stealth and frontal combat both are an important part of its combat. Players would see characters struggling to take down bigger enemies and use all their might to take them down. It has frantic combat and lack of resources makes the combat nail-biting experience. There are lots of unexpected moments and you will see the death of some major characters. The game will keep you on edge by pushing you into unexpected experiences throughout the game. There are some deep topics in The Last of Us Part II and there were a lot of controversies surrounding it upon release. It is the best that PlayStation has to offer, making it one of the top 5 PS4 games. 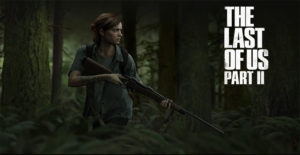 Please, Support Play Ludos By Buying from Our Affiliate Links