A good PVE build should have high damage and insane survivability, which is exactly what Destiny 2 Warlock PVE build does. It can even make players nearly immortal if made well. The build will enable you to do massive damage while also giving you nearly unlimited class ability. It performs well in Gambit and any other PVE activity. For raids, it could be a lifesaver for everyone on the team. To top it all off, it gives ability energy and super energy upon casting class ability. Destiny 2 Warlock PVE build offers healing, damage, ability energy, and super. Players would be getting everything just by casting the class ability. Let’s discuss how the Rift build is made.

To make the Rift build, you would need Vesper of Radius. This is the most important piece of the build and, it cannot perform well without it. You can also use Sanguine Alchemy but, it will not make the build as effective. Once you have Vesper of Radius, you would need a helmet and gauntlets with Void energy, Leg armor with arc energy, and a bond with stasis energy. These energy types are required since they offer mods that can give class ability and super energy. 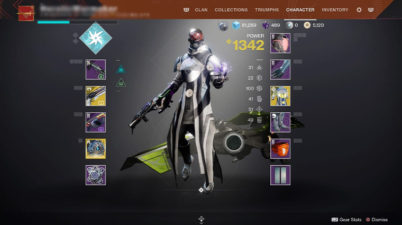 You can use any subclass with Destiny 2 Warlock PVE build but having Amendments of the Elements subclass can make the build stronger. The primary reason for using the Amendments of the Elements sub-class is the Arc Soul. Casing Rift will give you an Arc Soul that will do damage to enemies. This Arc Soul is also given to your allies standing in the Rift. It lasts longer than the Rift itself which can be helpful to you and your allies. Additionally, damaging enemies with the melee of this sub-class will give the ability energy to all abilities. This will combine with the mods on the Rift build making it all the better. 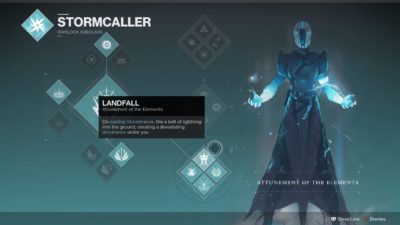 Make sure to use the Healing Rift, not the Empowering Rift. Using Healing Rift will increase the chances of survivability to a great degree. You can even stand in the middle of enemies and not worry about dying. The max regeneration will pair with Healing Rift making you a lot stronger. With Tier 4 or 5 resilience, you will be gaining more health than the damage you take in most activities. Couple that with the constant use of grenades, melee, class ability, and super you will become an unstoppable force.

When the enemy surrounds you, then you can use Rift ability after every two seconds. This will damage the enemies thanks to the Planetary Torrent perk of Vesper of Radius. At times, you might even cast up to five Rifts on top of each other. Keep in mind this will increase your regeneration but you will still have only a single Arc Soul. Destiny 2 Warlock PVE build will turn the Healing Rift into a destructible force. The use of Rift will be giving you all the other abilities. So you won’t need to focus much on melee or discipline.

Since you will be using Void energy on the helmet, you should use Hands-on and Dynamo on the hamlet armor mode slot. Dynamo will reduce super cool-down time whenever you use class ability near enemies. It is exactly what you will be doing every time you cast the Rift. Since you will be near enemies all the time. Hands-on will get you super energy whenever you kill someone with melee. It only takes one energy so using it is a good choice. You can even use two Dynamo if you have the energy for it. Dynamo is the most important mod on Destiny 2 Warlock PVE build. 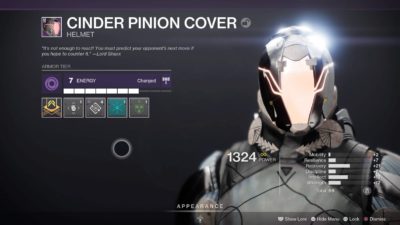 As mentioned earlier, your gauntlets should have void damage. If you have a void energy type, you can use mods on it that give you class energy when you cause damage with grenades or melee. The mods on arms armor mod sockets should be Bolstering Detonation and Focusing Strike. Bolstering Detonation will give you class ability energy whenever you damage enemies with grenades. Focusing Strike will give you class ability energy whenever you cause damage with melee attacks. The two mods can give you Rift energy just by damaging enemies with grenades or melee. So killing enemies is not needed to activate the buff. You can even use two Bolstering Detonation or two Focusing Strike depending on your preference. 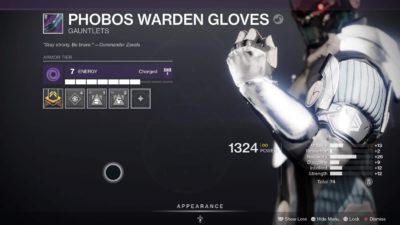 Vesper of Radius has the Planetary Torrent perk. This perk is all about making your Rift stronger. Whenever you use Rift, it will unleash an Arc Shock Wave. This will push enemies backward and will kill all the weak enemies while also taking a chunk of the stronger enemy’s health. Rift will recharge faster when enemies surround you. The more the enemies are surrounding you the faster it will recharge. If more than 5 enemies surround you then the rift will recharge in two seconds at max regeneration.

There is no option of mods on chest armor mod slots other than protection and weapon mods. Its Combat Style Armor Mod slot is important to make this build even Stronger. We will discuss that in Charged with Light section. 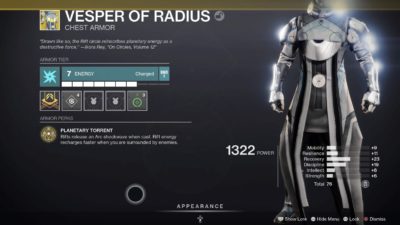 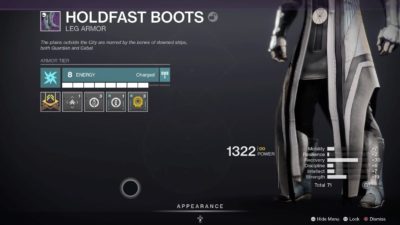 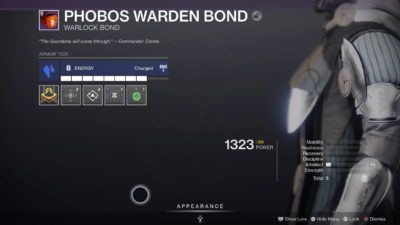 Shield Break Charge will make you charged with light when you break shields of combatants with matching energy. It can be from either weapons or abilities. 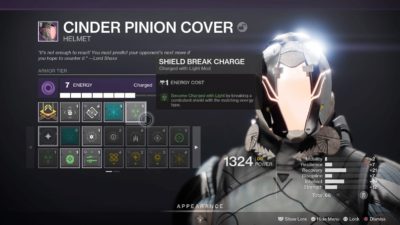 Taking Charge will enable you to become charged with light when you pick up an orb of power. 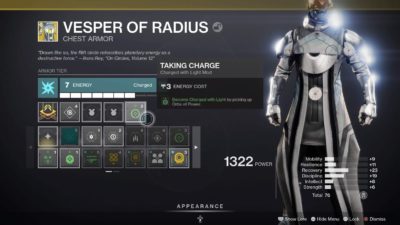 Empowered Finish will make you charged with light whenever you use finisher on enemies. It will consume 1/10 of your super so, it is not without a trade. 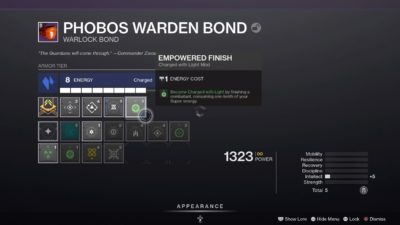 Destiny 2 Warlock PVE build lets you take a lot of damage and, the best mod for it is Reactive Pulse. When you take damage while surrounded by enemies, then you will emit a powerful burst of arc energy. This will consume one stack of charged with light. Since you will be surrounded by enemies most of the time, this is the perfect mod to unleash destruction on enemies. Reactive Pulse is an arc exclusive mod and, it is the reason that you would need one piece with arc energy. 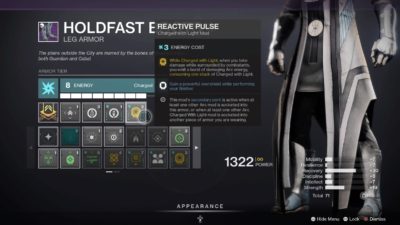 Weapons are not that important for Destiny 2 Warlock PVE build. However, having weapons with perks that can give you some type of ability energy can make it better. Having a weapon with perks such as Thresh or Demolitionist can be good but not necessary. The build is self-sufficient so having just a weapon to shoot is enough.

Please, Support Play Ludos By Buying from Our Affiliate Links